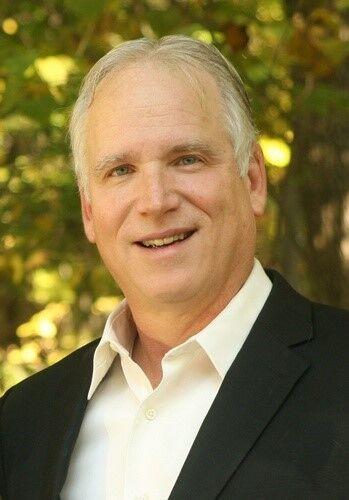 All of my grandparents were immigrants who came to the United States to pursue the great American Dream. One grandfather was a small businessman who opened up a shop in lower Manhattan, my other grandfather was a coal miner. My father grew up in Brooklyn, my mother grew up on a farm. Although I grew up in a big city, it turns out that I’m a country boy at heart.

My wife and I moved to Jefferson County from Maryland in January of 2002. We’ve been married for 23 years and for the last 18 of those wonderful years we’ve been in the same house up on the mountain outside of Harpers Ferry. I’m the treasurer of our HOA and have been for 16 years. It’s a job no one wants to do - so naturally I’m the one to do it. Thankfully, my wife doesn’t mind pitching in. I also serve as Chairman of the Board of the Jefferson County Emergency Services Agency. It’s an honor to be part of an organization comprised of local heroes - our first responders. I am the Harpers Ferry representative on the Jefferson County Republican Executive Committee and serve on the Board of Governors of the Eastern Panhandle Business Association.

I am running for Delegate because I’m hearing a lot of crazy ideas being thrown about these days. Things like “defund the police” lend a different kind of urgency to the political discussion today than the issues we confronted just a decade ago. Back then, the West Virginia economy was in an 8 decade long tailspin. However, in 2014 there was as seismic shift in the political climate in our state. From then on West Virginia has been on the rise.

Fast forward to today. We are not only at risk of falling backward into the economic abyss, but the entire social order is becoming unstable. What we need are leaders that are willing to stand up to the crazies.

We need to find enough common ground so that we can come together under a basic set of beliefs. I believe that the principles that America was founded on provide that common ground while still allowing you to be you and me to be me. I believe in individual freedom and diversity of thought. What that means is that we need to respect each other. We must respect each other’s individual rights: Free speech, freedom of assembly, freedom of religion. Our right to life, liberty and the pursuit of happiness. Our right to bear arms. Property rights.

One hears much discussion about socialism today. It’s a hot topic. One of the many problems with socialism is that it requires everyone to think alike. I heard someone refer to this recently as “group stink”. This is why socialism breeds totalitarianism. Socialism is a “my way or the highway” system. Those who seek to go their own way are punished by the group.

Thank you for taking the time to read this. I pray that this message resonates with you and that together we can make a difference - starting on Election Day. If you believe in freedom - don’t take freedom for granted! - vote for me, Elliot Simon - Simon for Delegate - on November 3rd.